On A New Year

May you have happiness and love in your life.

Comments are turned off here, but if you'd like to comment, feel free to either join us on the discord or on Patreon! Discord is free. This is not a lucrative field, and my patrons have gone a long way to insuring my stability (housing and food insecurity) so I can grow. There are no words to express how amazing it is to have someone believe in you enough to help you change the world.

I'm going to be more open about my Schitzophrenia this year. My father always said "Just because you are paranoid, doesn't mean people aren't watching." I find it strange as an adult that I suffer from both clinical paranoia (as a side effect from the schitzotypal PD) and actually have groups of people engaged in organized harassment (Like telling publishers I'm some sort of alt-right men's rights activist, or setting up some rube to engage in sock-puppeted arguments on reddit). I'm going to try and be both more accepting of this as well as more public about the threats and harassment I receive. It is, after all, my own fault for being a public figure. There isn't anyone who's name you know that doesn't have people who decry them and I'm going to try to come to terms with that this year. (If you're curious about the truth, that's why I've posted a biography.)

A total of 3 million of my countrymen died this year. That's more than ever in the history of the United States. It's 1 out of every 1,000 people. Six times the number of Americans that died from our four year civil war, the most deadly war to Americans in our history. My heart is heavy with this loss. It has been a hard year for many people. That's 3 9/11's every day this year. Suicide, hunger, Covid, it's almost more than a heart can stand.

Finally, there's a lot of good stuff. I'm going to kickstart the third of my triad after Artifices, Deceptions and Dilemmas releases. It's going to be the ecology book, based off the posts made here, from the G+ days. Then I'll have OD&D, a guide for players and downtime, AD&D a guide for Dungeon Masters, and the un-named ecology book as a de-facto monster manual. How cool is that? (I'm taking suggestions for the names in my discord!) I'm still working on the details, so there may be some more surprises regarding that.

The Artifices & Deceptions index is back! Expect it to be filled with more high quality art, ideas, and information.

I've extended the sale on amazon for On Downtime and Demesnes till after the New Year! Don't miss your chance to grab it in print for 19$ or in kindle format for 9$! After this it goes back to it's regular price of 34.99$.

In a Deadly Fashion, my Lamentations book will be coming out next year I hope. My work on it has been done for a long time, and it looks like most of the illustrations are finished.

This year my Alchemy book was Kickstarted quite successfully by Frog God Games. This is my first time ever being published by an industry publisher. It's strange, and I'm very interested to see what the final product looks like!

You may have noticed more regular posting has resumed. I spent a lot of this year fearful of people—many have very negative and hateful things to say. It started this year when I expressed dismay at 345 Covid deaths on March 21st. I was told that I was making a big deal over nothing, and causing panic. I was told I'm going to ruin myself, and that I needed to shut up. Now there are nearly 350,000 corpses from it a short nine months later. Not a single person who lashed out at me or threatened me has changed their mind.  I still have friends in the health industry, who've watched so many people die this year, choking to death while intubated on pure oxygen, who even as they are dying, deny they are dying of Covid. Can you imagine?

I wonder why they think a crazy guy who draws dungeon maps for a living is going to have mainstream ideas. Just because I read widely and listen to a lot of people and have strange thoughts—do we want it another way? Yes, I have worked with people who don't pass a purity test and who hold views some people don't like and many people don't understand. I'm so guilty of that. I will be again. I personally have been wrestling with the hatred and bigotry of so many of my brothers and sisters on this planet earth. It makes you want to force people to be better. It doesn't work that way. I've spent too many years working with all kinds of people in mental health, and the fact is we are all struggling. We need compassion. As part of that, I've decided I'm going to keep sharing my thoughts and ideas. Even if it upsets people. People are allowed to be upset. It's not like they have to consume my art.

And it is art you know. Here are some of the pieces in Artifices, Deceptions & Dilemmas.  I think I'm finally starting to hit my stride, you be the judge. 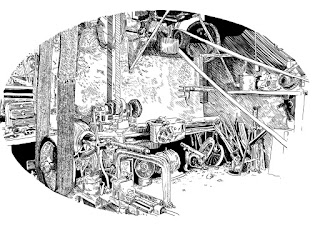 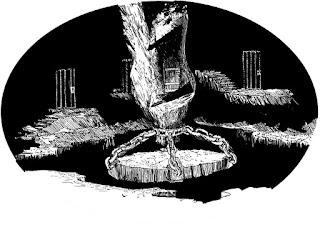 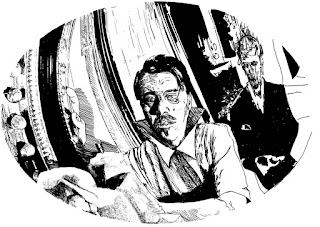 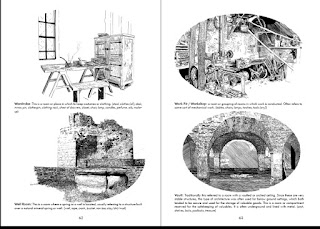 Support me on Patreon and help 2021 be a better year for having each other in our lives!