On the 5th Edition Shadow Wizard 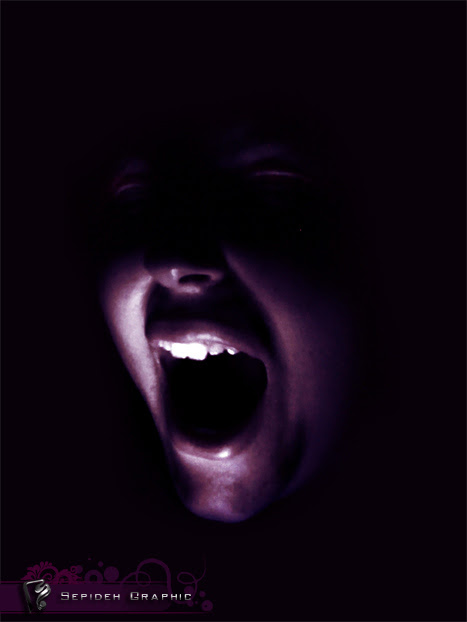 A 5th edition wizard school for your games. With new spells.

As a member of the School of Shadow, you have used the dark essence of shadowstuff to power your magics. Some shadow mages travel and discover hidden secrets, others corrupt those pure and innocent, still others watch from the shadows to insure that what is at bay, remains at bay. Shadow is a sub-school of illusion, and certain illusion spells are also considered shadow spells.

Shadow Savant
Beginning when you select this school at 2nd level, the gold and time you must spend to copy a shadow spell into your spellbook is halved.

Darkening
Starting at 2nd level when you choose this school, your mastery over the powers of darkness and shadow increases. As an action, you can choose to cause a source of bright light to become dim, and an area of dim light to become dark. You also gain Darkvision out to 60 feet.

Blinding Shadow
Beginning at 6th level, You can blind creatures with shadow. Choose a creature within 30 feet. On a failed Dexterity saving throw against your wizard spell save DC they are considered blinded. They may reattempt this save at the end of each of their turns.
Also, you are considered in total cover due to being obscured while in darkness, and are considered to have three-quarters cover in dim light.

Shadow Self
Beginning at 14th level, shadow becomes infused with your essence. You gain expertise at stealth checks and your armor class increases by 2 due to the fact that you are partially immaterial.
You can also spend 1 full-round to create a Shadow Double. This double has your abilities, hit points, armor class and is identical in all ways, except it is made from shadowstuff and has no equipment or will of its own. You my command it to protect you, in which case all incoming attacks are at disadvantage due to the confusion and protection provided by the shadow double.   Or, you may command the shadow double to move anywhere within your line of sight. You can see what the shadow double sees and can cast spells having them originate through the double. It lasts as long as you maintain concentration, up to 1 minute or until it takes lethal damage.

Shadow spells
New shadow spells are italicized. Spells that are normally of other schools, categorized as shadow spells before are identical to their Players Handbook versions, excepting the fact that they manifest as shadow, instead of illusion. Blur cloaks you in shadows, rather than obscuring your form using light.

Blacksteel
Shadow Cantrip
Casting Time: 1 action
Range: Touch
Components: V, S, M (a bit of soot)
Duration: Concentration, up to 1 minute
The caster touches a target wearing metal or other reflective material, and it darkens becoming black. This grants the user advantage on stealth checks when in dim light or darkness.

Shadow Blade
2nd-level Shadow
Casting Time: 1 action
Range: Self
Components: V, M (an iron rod painted black
Duration: Concentration, up to 1 minute
This spell creates a blade of darkness and shadow. It uses the casters Strength, Dexterity, or Intelligence bonus as a bonus to hit and damage, as the caster prefers. It deals 1d6 damage and is treated as a magical weapon for purposes of resistance to normal weapons.

Shadow Anchor
3rd-level Shadow
Casting Time: 1 Action
Range: 120 feet
Components: V, S, M (A small needle)
Duration: 1 minute
Choose a target. That creature must succeed on a Strength saving throw versus your spellcasting DC or is considered grappled, because their shadow is pinned to the ground. They may reattempt this save at the end of each of their turns.
At Higher Levels, If this spell is cast using a higher level spell slot, you may select one additional target for each level above third.

Wraithform
3rd-level Shadow
Casting Time: 1 Action
Range: Self
Components: V, S, M (A strip of gauze)
Duration: Concentration, up to 1 minute
This spell turns the caster immaterial and insubstantial. They gain resistance to non-magical bludgeoning, piercing and slashing attacks. They may pass through solid objects, no thicker than 10 feet. This spell does not grant the ability to fly, nor does it make the user invisible.

Darkening Bolt
4th-level Shadow
Casting Time: 1 action
Range: Self (100 foot line)
Components: V, S, M (A bit of dark cloth and a glass rod)
Duration: Instantaneous
A stroke of Darkness forming a line 100 feet long and 5 feet wide blasts out from you in the direction you choose. Each creature in the line must make a Dexterity saving throw. A creature takes 8d6 Necrotic damage, or half as much damage on a successful one. Targets who fail their save are blinded. They may save at the end of each of their turns in order to end this condition. Anyone viewing the bolt, sees it as a dark purple, as if they had stared at a bright light.
At Higher Levels, When you cast this spell using a spell slot of 5th level or higher, the damage increases by 1d6 for each slot level above 4th.

Shadow Bolt
4th-level Shadow
Casting Time: 1 action
Range: 180 feet
Components: V, S, M (Iron fillings)
Duration: Instantaneous
The caster flings out a number of bolts of shadow at targets. The caster flings out 4 bolts. Each bolt makes a separate attack roll. The caster may target a separate creature with each bolt, or send as many bolts as he wishes to the same target. Each bolt that hits does 2d8+2 damage, and the target must save or gain the poisoned condition. The target may save at the end of each of its turns to end the poisoned condition.
At Higher Levels, When you cast this spell using a slot of 6th level or higher, you gain an additional bolt for every 2 slot levels above 4th.

Create Darkenbeast
5th-level shadow (ritual)
Casting Time: 1 Minute
Range: Touch
Components: V, S, M (Bone Ash)
Duration: Special
This spell turns a normal animal into a Darkenbeast under the control of the caster. The caster may only have one darkenbeast at a time. This spell lasts until the creature dies or is exposed to sunlight, at which point it reverts to its natural form. The animal gains the following traits: Magic Resistance, the creature has resistance on saving throws versus magic. Armor class increases by 2 due to shadow and sustainability. The creature gains a +6 bonus to Strength and Constitution, granting it 3 hit points per hit die, and +3 to hit and damage.
At Higher Levels, When you cast this spell using a spell slot of 6th level or higher, the creature gains an additional point of AC and an additional +2 to Strength and Constitution for every slot above 5th.

Conjure Shadow
5th-level shadow
Casting Time: 1 minute
Range: 90 feet
Components: V, S, M (oil)
Duration: Concentration, up to 1 hour
You call forth an a Shadow. Choose an area of darkness that fills a 10-foot cube within range. 4 shadows appear in an unoccupied space within 10 feet of it. The shadows disappear when they
drops to 0 hit points or when the spell ends.
The shadow is friendly to you and your companions for the duration. Roll initiative for the shadows, which have their own turns. They obeys any verbal commands that you issue to it (no action required by you). If you don’t issue any commands to the shadows, they defend themselves from hostile creatures but otherwise takes no actions.
If your concentration is broken, the shadows don't disappear. Instead, you lose control of the shadows, they become hostile toward you and your companions, and they might attack. An uncontrolled shadow can’t be dismissed by you, and it disappears 1 hour after you summoned it.
The DM has the shadow’s statistics.
At Higher Levels. When you cast this spell using a spell slot of 7th level or higher, more creatures appear. Twice as many shadows appear with a 7th level spell slot, and three times as many with a 9th level spell slot.

Shadow Magic
6th-level Shadow
Casting Time: Special
Range: Special
Components: V, S
Duration: Special
This spell allows the user to cast any Evocation spell of 1st to 4th level. This invocation isn't as real as a normal casting, the spell energy being substituted with shadowstuff, so the spells are considered of their base level when cast. E.g. a Fireball cast with Shadow Magic is cast as if a 3rd level spell slot were used.
All other factors involved with the spell are as they are listed above. Casting time, range, and duration are as the original spells, as are saving throws and damage. This spell can only duplicate damaging evocations: no rituals or non-attack effects.
At Higher Levels, When you cast this spell using a spell slot of 7th level or higher, you can duplicate more powerful evocations, a 7th level spell allows you to duplicate 5th level spells like Cone of Cold or Bigby's Hand (but not Wall of Force or Wall of Stone, because those are damaging evocations), an 8th level spell slot allows 6th level spells and a 9th level slot allows 7th. You may also choose to use a spell slot of 7th level or higher to increase the level of the evocation spell being cast. A 7th level spell slot will produce a fireball cast as a 4th level spell.


Duo-Dimension
7th-level shadow
Casting Time: 1 action
Range: Self
Components: V, S, M (an ivory likeness of the caster, costing 500 gp, and a strip of paper)
Duration: Concentration, up to 1 minute
This spell causes the caster to have only two dimensions, height and width, without any depth, like a sheet of paper. When viewed from the side, the caster is invisible. This allows the caster to make stealth checks at advantage anywhere, even in plain view, and on a successful stealth check be considered invisible.
The wizard can declare that he is keeping himself turned to the side against one opponent as a bonus action. This makes the caster unaffected by any form of attack from that opponent. However, any damage the caster does suffer (from area affect spells or damage from other targets) is doubled.

Shadow Form
8th-level shadow
Casting Time: 1 round
Range: Unlimited
Components: S
Duration: Concentration, up to 1 hour
The caster creates a transparent duplicate of herself, which appears adjacent to the caster. For the duration of the spell, the caster controls the actions of the shadowform and can perceive as if the caster were the shadow. It is an extension of the caster.
The caster does not gain any extra actions, but may use her actions to control either the form or herself. If the shadow form is struck in combat or dispelled, it vanishes, leaving nothing but dust and leaves.

Mass Blindness
9th-level Shadow
Casting Time: 1 Action
Range: 180 feet
Components: V, S
Duration: 1 minute
All desired targets in 100 foot radius from a point the caster designates become blind. Shadowstuff crawls over their face and eyes blocking their vision. Creatures may take an action to make a Dexterity saving throw to end the effect. On a success, they target can see again.

This post was originally published 6/22/15 and is available in print from lulu and PDF along with many other optional classes in Hack & Slash Compendium III from DTRPG. If you like this content, support me on Patreon and get special bonuses like advertisement free PDFS!
Hack & Slash
Follow, Twitch, Newsletter, Support, Donate to end Cancer (5 Star Rating)
Posted by -C at 10/26/2020 07:00:00 AM