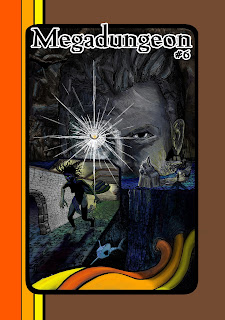 It's 3.99 and contains the Dagon, party fish people. A collection of diseases one can pick up in filthy places like a megadungeon. Articles on megadungeon as sport and in campaign play. It talks about hera, the cow-eyed queen of heights, and more!

If you're curious about all the hype, issue 3 is still currently PWYW! The preview for issue 6 covers all the pages!

Come take a look at the hottest place to take your players, the STONE HEAD OF BALDUR.

A giant stone face in a megadungeon, half flooded with ancient water. Explore this eerie and supernatural environment in megadungeon, or transplant it to your own games and megadungeons.