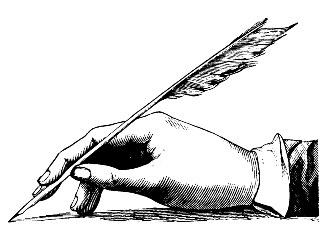 Nadav writes in and asks:

I've read your set design series of posts and am currently reading the D&D 5e Starter Set's Lost Mine of Phandalin. The book is filled with boxed text and I want to rekey it, but I've run into 2 connected issues: 1) boxed text as exposition (as opposed to describing a room) and 2) how to handle it as a set design dialogue (questions on bold nodes lead down arrows).

Ah, the starter set! What a good introduction to Dungeons and Dragons. It is, however, filled with an abundance of boxed text. Boxed text is an introductory tool for new Dungeon Masters, so this is no surprise.

During my conversation with Nadav, he also mentioned monster statistic blocks. This was fortunate because it triggered an insight about something that in hindsight is blindingly obvious.

Monster statistic blocks are designed to streamline play. Anyone who's played some iteration of the 3.x version of Dungeons & Dragons knows that you can use the statistic block to avoid referencing books and focus representing the monster in combat versus the players. Combat is one of those pillars of play that keep coming up in discussions about 5e.

Here's a contrast between the two styles:

-The Dungeon Master opens the book and reads the passage. He's looking at the book. The players are trying to focus on what he's saying. The players then ask questions. The Dungeon master then must reference blocks of text to find the answers to the questions.

Now, of course with liberal use of a hi-lighter and preparation, the first method can go smoothly. But much like a monster block allows you to handle a combat encounter without as much preparation, set design exploration blocks allow you to handle the exploration pillar without much preparation. It's more useful to the Dungeon Master at the table, whereas blocks of text are more useful for preparation and giving the Dungeon Master ideas (Though excessive, non-gameable, non-useful text is a perennial problem for gaming products).

For [boxed text as exposition], I've got the following written out for the very first boxed text in the book, and would like your opinion and critique on it:​

Do we need set design for exposition? Put another way, is there any advantage to having exposition be formatted in a different way?

It depends. You should know your exposition. You shouldn't need to reference anything to explain to the players what is happening, what the setup is, what the world is like.

Module play can often be uncreative and require 'touching up'. Attempting to do so extemporaneously means that we are relying on our own moment to moment creativity and without limits or random inputs, this frequently becomes repetitive. Surely we've all noticed repeated themes and ideas in our own play.

There is a more effective way to present exposition for use during play and I often go through such a process when re-keying a module. However, it's less focused on the traditional format of "Set Design"; the Dungeon Master is less likely to need to reference the exposition in response to player query.

As an aside: Deciding you're going to play a module, and using no more than two paragraphs of exposition to describe the hook  is one of the few occurrences that I personally think are ok for reading boxed text.

Let's look at the block of text from the module:

"In the city of Neverwinter, a dwarf named Gundren Rockseeker asked you to bring a wagonload of provisions to the rough-and-tumble settlement of Phandalin, a couple of days' travel southeast of the city. Gundren was clearly excited and more then a little secretive about his reasons for the trip, saying only that he and his brothers had found "something big," and that he'd pay you ten gold pieces each for escorting his supplies safely to Barthen's Provisions, a trading post in Phandalin. He then set out ahead of you on h rose, along with a warrior escort named Sildar Hallwinter, claiming he needed to arrive early to "take care of business."
You've spent the last few days following the High Road south from Neverwinter, and you've just recently veered east along the Triboar Trail. You've encountered no trouble so far, but this territory can be dangerous. Bandits and outlaws have been known to lurk along the trail. "

It's clear from how Nadav keyed the above that the intent is for it to be an interaction. There's information about a persuasion roll, more information given about his brothers, and the scene is set in a pub.

However, this is a conversation, not a room. There's no physicality to it, no physical action for the players to take, just interaction with a non-player character. Laying out all seven items is the upper limit of what you'll be able to keep straight in an interaction. What we'd like to do is provide more interesting detail and reduce the overhead from the Dungeon Master.

For my own game I simply read the somewhat concise boxed text (as noted in the aside) and then moved towards the first encounter. Nadav clearly intends for the first scene to be set in Neverwinter. This is great, because at the time the starter set takes place, Neverwinter is a real shitshow. Lots of things going on in Neverwinter are tangentially connected to the Lost Mine of Phandelver. The downside is, of course, that the players may want to follow up on some of the excitement in Neverwinter instead of chasing ten gold and a crazy dwarf.

Here's how I'd go about setting this scene:
First, I go ahead and google "Neverwinter Inns" to discover the actual name of an inn in Neverwinter. Several options are available, the Driftwood Tavern seems useful for our purpose. Reading the wiki and checking out the 4th edition Neverwinter Campaign setting give me even more information to set the scene.

In laying out the following, I keep in mind if I'm going to need to reference the information after it's shared.

You arrive at the Driftwood Tavern in the city of Neverwinter to meet Gundren Rockseeker, a dwarf who says he has a job for you.
Dusky colored lights→ Stained glass hangs from above, lit by hundreds of candles
Bric-a-brac, curios, and relics→ Statue from fountain in corner, planter boxes with flowers line the walls
Fine Tables→ Made from ornate doors
Female Innkeeper→ older, serious-looking woman
Three Rough Looking Men→ irregular clothing, various weapons→ Mintarn Mercenaries

Gundren Rockseeker (Excited/Secretive/Friendly)
Advantage/-2/Disadvantage
· Offers job of hauling provisions south to Barthen's Provisions in Phandalin.
10gp/day each→Persuade DC 15 to raise it to 30gp/day      What: General provisions needed for "something big" me and my brothers found      Where: South along the Highroad for 50 miles, then east on the Triboar Trail for about 18 miles, till you can see the western edge of the Sword Mountains to the south.       When: Immediately.→He's heading out now with Sildar Hallwinter on horseback, pick up the supplies and follow as soon as you are ready.      Why: I've got to take care of things before the supplies arrive.


The modifiers are for the reaction check depending on how the party approaches the NPC. Friendly approaches first, then being obsequious, then hostile.

There's a lot not noted above, because I already know the female innkeeper is Madame Roscene. If you're writing for an audience besides yourself, you should have a general idea of the flow of the scene without player interaction. You have to give enough to the Dungeon Master to explain the motivations of the characters and grant an idea of how the scene proceeds. The best way to do that is with a short paragraph.

"Madame Roscene wants the Mintarn Mercenaries to leave. The Mercenaries are off duty, but stay alert for any possible seditious activity on behalf of Lord Neverember. Gundren will arrive at an opportune moment."

The above isn't perfect. I'm still refining and testing the best ways of presenting depth of non-player characters. But as for providing a shorthand for what you need for the character interaction/roleplay part, the above creates a dynamic scene where the DM can respond to the ebb and flow of play directly without a pre-planned outcome, versus reading two introductory expository paragraphs. I'd consider thinking about other questions the players might ask, as well as providing other hooks and rumors from Madame or the Mintarn Mercenaries.

Thanks for the question Nadav.