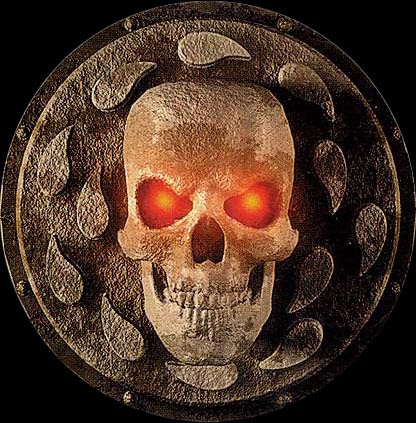 Your characters could have up to a ten-day to hang out in one of the largest and most well known cities in Faerûn.

Sure, no problem. Wing it.

Here's some background information on Baldur's Gate. This metropolis has over 100,000 people in it. The best that can be done in such a situation is to ask the players what they are doing, and have a good city encounter table. I'm not going to supply one—I'd probably use a Judge's guild product.

I suggest a small sidequest, introducing some non-player characters (perhaps even one of the ones making the journey north) and using this section as an outlet for your creativity.

At my home table, I expect the ten-day in Baldur's Gate to take an entire session or two.

This table is great. The best part is, the players will in almost every circumstance get hired out to different people. This leads to the biggest problem with this section in general.

One two hour session isn't enough for players to experience 1/10th the content available in Chapter 4. It's not a problem that they get hired out to separate people because that's bad. It's a problem because it's good.  Two months of travel condensed into as many hours seems difficult to do.

My suggestion if you're running it for encounters is to pick the one or two people or events that stand out best to you and ignore the rest. If you're not running encounters, then taking the time to meet several of the NPC's and following the players down side paths and having multiple encounters can be a pretty rewarding experience for the campaign.

So this section is great. What's even better is the admonishment in the beginning—use these when you need an NPC or to spice up the journey, change them however you like.

I know some people have complained about these, but I like nearly all of them.

Ousting imposters in revenge for losing their vaunted position and having them get more money from it? Sounds awesome. I'd spend some time fancying up the group, giving them a name, each of the members a personality.

This also is great, especially how it plays out if no one does anything.

Bane of the Mountains

There is a bit of a missed opportunity here with the Preytons, being that they are pretty fascinating creatures of myth. A little addition of having one of the characters dream of a human shadow standing over them, only to turn and see a vicious stag might lend additional weight to this encounter.

This is interesting, because it's almost as much in the player charater's interest to keep it covered up as it is the cultists. It's important that the treasure reach the goal, so the players know where the cult is headed.

Everything has a Price

Again, this punishes (entertainingly) players who think everything in Dungeons and Dragons is straightforward. What can the players do in this situation? How's it resolved? These are not negative questions, but interesting ones. It's especially helpful to make sure this is a player character's magic item, because boy-howdy will the player be invested.
There's some danger of fiat here ("The item automatically disappears overnight"), but it's not too far a stretch because it only occurs if special precautions aren't taken and the person taking it won't be who the player suspects. It's very unlikely the player will never go to the bathroom, sleep, or be distracted. 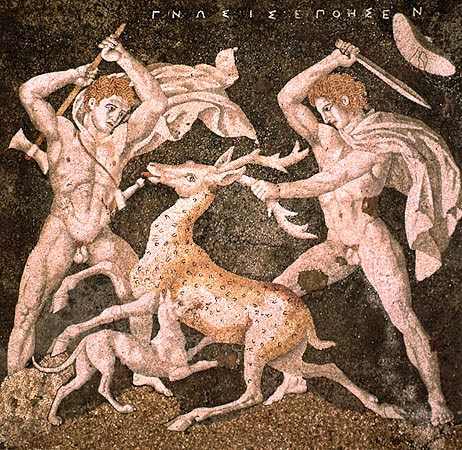 This is absolutely the best encounter out of the bunch. Mythic, interesting, and with a touch of the strange. It's seeing things like this in published adventures that lets me know the spirit of the OSR has taken hold.

It's interesting that there's the opportunity for an ally here, but he is quite vaguely described. I would think it's more important to at least give a sentence or two to his personality. The encounter is made extra interesting if he's off putting or offensive.

No Room at the Inn

This is a good encounter to pull if the characters seem to be getting frustrated. It's a simple straightforward opportunity to put the smackdown on some jerks that deserve it. (Note that "Assassins" are not the correct monster type for this encounter. Each Assassin is an CR 8 encounter. I believe substituting knights or spies makes for a more appropriate encounter.)


"Regarding the "No Room At the Inn" road encounter -- That encounter has a long, sad history. The original version was very different, because the villains were not assassins but young green slaads polymorphed into human form and out to cause trouble. Playtesters loved the original encounter because of the twist -- no one expected slaads in that situation.

But then young green slaads disappeared from the MM and we were instructed not to use them in this encounter. We cast around for alternatives and found no really good ones, but assassins were at least close to the slaads in power -- as they were then written. In hindsight, we probably should have dropped the encounter entirely and replaced it with something else, because making the villains into just a bunch of human a**holes took all the charm out of the situation. But it had been such a hit with playtesters, we hated to lose it." - Steve Winters

An old trope to be sure, and not particularly suited for encounters play. It is more than somewhat likely if the two ladies can get someone off into the woods, that four attacks at advantage doing 4d6+4 each can drop a PC. How to run this depends on your party, right? If successfully replaced the PC is dead, and is then responsible for playing the part of the Doppelganger. If you're looking for some ideas on what they want, I've talked about them before.

A nice large combat, and it's only one of the many encounters! Can we talk about how nice that the big tactical combat encounter is in the minority of these options? Because that's nice.

An interesting tactical situation that the players can attend to. It's interesting that solving it causes at least as many problems as fixes.

And this is the biggest problem with this section of the adventure. Let's talk about Recognized first. You, at some point, have gone on a road trip with some other people. Didn't at the end of that trip you know them all, waaaay better than you knew them before?

Here we are talking about going on a deadly road trip for at least sixty days. There isn't a single person on this trip you won't meet or get an idea about by the end of the first week. How come none of the non-player characters are cultists? You'd know them all, staying separate or no. This is a missed opportunity. Cultists are people too. You can use my book On the Non-Player Character to generate their personalities, or try Daniel Davis's Random Cultist Generator over at Detect Magic.

Murder Most Foul is the second problem. It's a cutscene. The players cannot affect the outcome and have no ability to discern what actually happens. This is literally how it is presented "And then one of the cultists was stabbed to death. They accuse you. There's no way to tell what happened. All the cultists hate you now Tom. They hate you. The end of episode 4."

This episode is very much a amusement park ride—Steve Winter says as much:

"Episode 4 sends characters on a long road journey. Because The Rise of Tiamat is set in the Forgotten Realms, we wanted to let characters see some of the countryside and learn a bit about their world before they risk their lives further trying to save it. Faerûn is a colorful, endlessly interesting place, and it would be wasteful not to capitalize on that with a dollop of life on the road." -Steve Winter, Tiamat Tuesdays

Presenting it that way, letting the characters know they have to track the treasure in order to stop the Dragon Cult,  prevents a lot of railroad bucking. Why not steal the treasure? Why not kill the cultists? Well, the treasure and cultists are your only links to the cult. Lose them, and what's next, besides letting them take over the world?
Hack & Slash
Follow, Google +, Newsletter, Support