On the Realities of High Level Play

This is a follow-up to my article on high level adventure design, On Failing High Level Play. 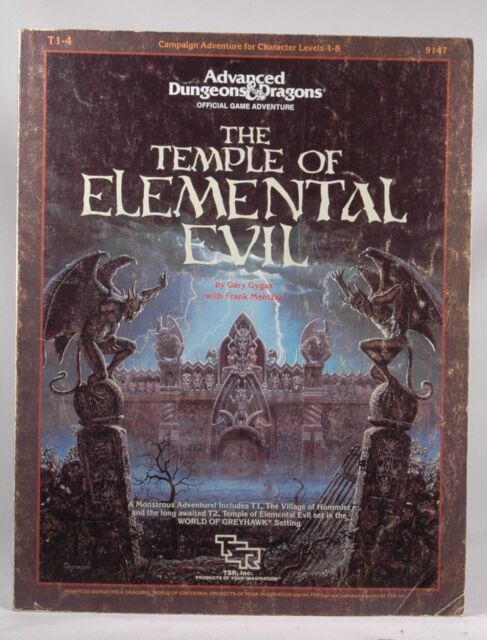 I've run. . . a lot of high-level games. The first high-level campaign I ran started in 1984, and involved going through the entire Temple of Elemental Evil and environs in a second edition campaign. I've run several high level 5th edition campaigns, including 17 levels of Horde of the Dragon Queen, 1st edition Advanced Dungeons & Dragons to level 11/12, Pathfinder and 3rd edition, ranging up to levels around 14. My average campaign length is about 50 games, which is approximately 18 months of play. I believe the last time a survey was run, the average campaign was found to run about 14-16 games, covering 4-6 months. (Average sessions before restart is 15.4).

I'm focusing on Dungeons and Dragons here, but I've also run 2+ year campaigns of Vampire and Shadowrun, and probably other things I'm forgetting. I can barely remember the names of everyone I've slept with, no way I'm going to remember every role-playing game that got past character creation.

First, if you're reading this, you don't play enough Dungeons & Dragons. Play more, eh? Don't be such a poser.

Each type of game has a different balance and feel to high level adventures:

Basic: High level basic Dungeons & Dragons games are unique. The world of Mystara is a very high magic world. It was not realistic to run a campaign through 30-60 levels to become a high-powered immortal. The loose rules structure led to high level campaigns that became somewhat narrative in scope. A group might fight four dragons, and kill them all in one round, or hop to an alternate plane and fight Nazi's in tanks and soldiers with automatic weapons. A large number of basic D&D games took place almost exclusively in large dungeons. Take this example of play, from Rythlandor.

". . .Oni had begged Elessar to help him rescue his brother who was imprisoned in an evil temple complex. Oni had now recovered from the ill effects of his own imprisonment and was ready for Elessar to attempt the rescue.

With Elessar and Oni went superhero Ragnar, ranger-guardian Athelfrar, sorceress Charmen, patriarch Benelux, and lama Ydol, and dwarf-myrmidon Ibb. They landed on a remote norther bay of the island, where they almost immediately were beset by a pair of white dragons. One dragon was quickly slain and the other flew off to the north. The small group headed south to the mountain where the evil tower built of metal was located. Oni led them well, and the party approached the tower from the opposite side of the mountain. Using the flying carpet and an invisibility spell, Ragnar, Elessar and Charmen flew unseen to a high rampart, followed by the rest with shuttles of the carpet. As the last arrived, a door opened and the fight was on. It was a one-sided affair since the low-level guards could hardly hope to overcome the powerful fighters and mages invading, but one of the guards did get away. The group pursued the fleeing guard after hacking their way through the other guards, but soon they heard the alarm gong sounding. The pursuit, however, led them to another guard room containing the alarm gong. Ragnar's sword Quicksliver struck and Charmed[sic] one of the guards, and ordered him to sound the all clear signal, which the guard did.

The group continued through a bridged walkway into the mountain itself, killing or charming the hapless low-level guards who got in their way, rampaging through the rooms and looting anything that could be moved. A favorite tactic was to have Elessar leap through a door and use his cold wand on the occupants, reminding some of Clint Elesswood starring in "A Fistful of Snow". Gradually they worked their way down through the living quarters to the temple area below, leaving no survivors to raise new alarms of their presence. At last one fighter escaped, this time with Elessar in hot pursuit while the others stayed to dispatch the guards. Elessar chased the evil guard silently and invisibly right into the middle of the main sanctuary of the temple where a human sacrifice had just been completed. As the doors of the temple closed behind Elessar, he heard a voice behind him say "I detect the presence of Good! [sic]" He turned and made ready to fight to the death, but the guards walked by him and arrested the man he had been chasing! Naturally the guards couldn't see or hear Elessar, and though the poor guard was radiating those Good[sic] vibrations. . . Elessar decided to leave the cavernous sanctuary and it's host of evil worshippers and rejoined the group as they finished off the last of the guards on the staircase.

With the aid of a Charmed[sic] evil cleric, the group went down to an underground passage in the metal tower. They located Oni's brother and several other prisoners and freed them. They also killed some of the monsters lurking in other rooms, including 8 mummies, 3 wraiths, 2 chimerae, a 9-headed hydra, and 21 ogres." -Ryth Chronicle February 1977


This is an example of a single play session of play from Dungeons and Dragons, several years into a campaign.

1st edition Advanced Dungeons and Dragons: This edition is more grounded than basic. It's designed with exponential experience. As the party continues to adventure, the adventure increases in scope, continually increasing in power even with party losses and death. A first level character joining a party of fifth level characters will be fifth level by the time the party reaches sixth level.

The other factor is that there's a limited amount of experience to be gained. High level characters on a single adventure, lasting three or four sessions might expect to garner 40-60,000 experience over that period (between 10 and 20 thousand a session). It varies per class, but there comes a point around level 7-9 which requires 100,000 experience to reach. . . and 100,000 to reach the next level.

At lower levels experience gain is slower, it can take upwards of 18 months to reach that first 100k experience threshold, and then another 5-10 sessions for that next level. The level after that needs twice as much, 20 sessions, 6-8 months. Characters hit a wall and advancement via personal strength slows about the time they begin to influence the world through political means by attracting followers and clearing land.

High level games frequently include a player managing a character, up to dozen henchmen, hundreds of mercenaries and hirelings, and everyone that lives on the land they possess. Another factor with Advanced Dungeons and Dragons is that the characters are still very human. Hit point advancement stops and doesn't increase much. Saving throws and armor classes will allow many characters to avoid damage 90+% of the time, but that 10 percent is often very deadly: Death rays, dragons breath, spells of death, cloudkill, and paralyzation.

Pathfinder/late 3rd Edition: Early 3.0 plays much closer to basic, but due to the culture around "Ivory tower design" and the character optimization boards along with a design that only gave experience only for combat victories, the game quickly shifted to a focus to tactical challenges and encounters. The game became more and more mechanical, relying on the rules to structure play so that it's 'fair'. The games were a "Players Bill of Rights" that they could be guaranteed their agency. Sadly, this agency was limited to your options on the tactical maps.

Certain options begin to be eclipsed by others as soon as level six. There is no class as powerful as wizards and clerics. With endless buffs they are strictly better than combat classes, warping the game and making anyone who dreams of playing a lower tier class completely eclipsed by the more powerful options.

If you are playing similarly tiered classes, high level games involve too much time at the beginning of the session with gibber-jabber, and large combats that take 6+ hours to complete, due to the complexity of the rules. It's a fun tactical game, more open than a tactical game like Gloomhaven. It's fun, but it's not very close to my experiences of role-playing.

Can you run it in a more narrative faction and make it more of a role-playing game? Sure. Is that the type of thing someone who plans out a build for 12 or 15 levels wants to do? Usually not.

5th Edition: I've run several fifth edition games to levels 15+. 5th edition characters require about the same amount of experience for each level, making leveling very consistent. Characters will reach 2nd level after one session, and third level by their third session. After that they will level about every 3 sessions. Many, many fifth edition players remove player motivation and use milestone experience to control the rate of advancement.

5th edition characters do not stop increasing in personal power. The curve is more suited to a B/X style game, but the endless gain of personal power provides a very different endgame.

For an example, my ex-wife played a barbarian during Horde of the Dragon Queen. Her standard procedure after level 10 was to jump to reach whatever dragon was flying nearby and grapple it while hitting it with her axe several times each round until it died. Once a dragon lived through two rounds of this. At the end of the campaign, she had upwards of over 300 hit points, and during her endless rage only took half damage from anything but psychic attacks. Not counting healing or other defenses, this generally required doing 700+ points of damage before she even felt threatened in combat. Considering the bard could heal everyone for hundreds of hit points every round, it often required many hundreds more points of damage.

Our battlemaster fighter wore heavy armor that provided damage reduction. I could only manage to hit him, with anything but the most powerful monsters, 5% of the time. Since he also had the lucky feat, he could nullify 3 of those hits every game session. He also had over 100 hit points.

Do you know how many times you have to attack a person before you hit with a 20? A lot.  The fact that the first 3 important hits could be waved away with lucky made him almost invulnerable.

High level 5th edition play, with its focus on constantly and steadily increasing personal power feels very anime, very Final Fantasy. Everything is very elastic, you're up, you're down, the power levels are very high, and the threat to the characters is very low. Combat runs amazingly quickly, considering the complexity of the game. It's extremely well designed. Often the most time consuming part of combat is doing three column subtraction of hit points.

If you like posts like this, I depend on your support to survive. Join my Patreon, or pick up a copy of one of my books from my storefront. My average review score is 4.5, my latest module, Eyrie of the Dread Eye has only 5 star reviews, NINE of them. It's a high level adventure; if you want to see high level design done right, check it out.