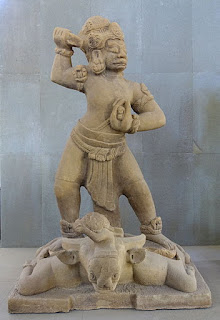 Part of the fun is  as you advance in the game, abilities and priorities change. Each game, each edition, goes through different phases as the players level. This is either explicit (e.g. 4th edition's level 'tier' list), implicit (5th editions power bumps at certain levels), or latent within the structure of the game (Gaining followers and needing to build a castle in 1st edition).

High-level characters have the ability to solve problems in ways that are particular to them. They don't have to accept situations. The largest flaw with most published high-level adventures is designing a limited environment and then removing the tools the players earned to force them into that environment. That isn't the way to do it.

It must be player driven

post-teleport and army, players have options to redefine engagement. They can plane shift, turn invisible, fly, shadow step, or use any manner of shenanigans to be very selective about their engagements.

This means modules who's contents are dependent on forcing the player's into situations are either going to fail "pffft, I go ethereal and go home" or require you to remove their abilities often to the detriment to the setting itself, i.e. causing whole areas to be anti-magic or coming up with effects to nullify travel.

It is important we understand the nuance here—having dead magic zones or areas where planar contact is cut off or fly spells don't work is great, as long as it is a part of the setting players can visit. If your adventure site is set up that way, then it's a challenge, as long as the players choose to be there.  These things are fundamental to your campaign setting, they are the background rules for the world. When used as a tool to force an adventure, they are bullshit.

Combat must have secondary goals

One continual failure of high-level play are the amount of encounters set up with the expectations that players will fight them. It is not a safe assumption that players will need to fight a single encounter in your adventure, and if they do, it's likely they will do so on their terms.

The way you make combat satisfying is that you create situations that require the players to engage in combat to accomplish their goals. In a high level adventure, non-penultimate and ultimate fights shouldn't be designed with the expectation that players will fight them in any sort of traditional sense. They might teleport them a mile into the air, charm them to fight each other, or just create a hellish inferno filled with fireballs, rather than rolling initiative.

So combats should always be designed with the idea that there is a danger that attacks them while trying to accomplish a secondary goal. They want to open the warded door? The room fills with shadows. They find a room with prisoners, they have to save them before they are killed by demons. Always view any combat encounter as a difficulty that besets the players as they try to accomplish a task.

Is this somewhat reasonably difficult to do? Yes. That is why people are paying you to design an adventure instead of doing it themselves.

You do have to address the players abilities to subvert encounters, but you want to do so as part of the encounter. High level players do a lot of things, you should count on them being able to do those things, not try to prevent them. Some examples follow.

Discovering the truth Assume your characters can speak with dead or force people to tell the truth, you just have to insure that telling the truth creates adventure instead of limiting it.

Flying All characters and all classes will have the ability to not engage in combats on the ground. Make sure both your encounters and environments take this into account. Will something happen when people take to the air? How do these people defend against flying intruders?

Scouting player characters can retrieve amazing amounts of information by seeing through walls, casting spells that will give specific treasure and head-counts. This ability begins as early as level 3 when players begin to use extra-sensory perception to find out head counts.

Don't create encounters that depend on the players not having their abilities or information. Create a situation where the information the characters receive creates new problems and challenges.

Hostile spaces that challenge high level adventurers, should not be 'clearable' areas. High level characters have plenty of opportunity to clear small dungeons and lairs, and such an adventure will probably not take them long, a half-hour of table planning, executing the strike, and then returning will usually not occupy more than an hour or so of gametime. So it's important that high level adventure sites are intrinsically difficult to clear, like a gateway to hell. Players won't be able to explore and kill everything in hell.

Create an adventure site that simply does not let the players gain a foothold without needing to bring other campaign resources to bear. This can include an entire fortification and city (like a giant or dwarven city), a animal lair like a giant ant hive, wizard realms with demi-planes.  Consider your adventure environment and ask yourself why the players don't just flood it with water or poison everyone inside.

When designing adventures for high level characters, insure that the adventure regardless of how the players interact with it, creates consequences. You can't force players of this level to engage in activities. So make sure they understand the stakes. Do not get frustrated because players are willing to accept those consequences, that is part of the point of playing the game. They may decide to ignore your adventure location, which is a great opportunity to create new adventures—ones they might partake because they want to undo or change those consequences.

It's important to avoid a 'punishment cascade'. This is where you create a penalty for what will happen if the players refuse the call, so they won't refuse the call. Then when they do, you develop an emotional reaction ("How dare they! I spent time on this! It's disrespectful!") and so you escalate the consequences. A classic example is the players choosing to kill some non-player character that the referee is sweet on, so the encounter becomes magically tougher to punish them.

You create the long term consequence so they players can make a choice. If you make the consequence so bad, you're not really providing a choice. Some players will often feel this pressure for consequences you didn't design to be that punishing. High level campaigns thrive on organically derived play, so grant your players the opportunity to do that.

Allowing characters time to shine
I mean, hell, how many 11th level wizards have you played. Give them hordes of enemies to cut down, let situations occur where they can easily solve problems that would destroy lower level players. Set a demonic outsider right in front of the Paladin and let him melt it in one shot. Create an entire pillar of adventure a skilled thief can obviate with two skill checks. Put enough targets near your fighters and their armies to drop a whole battle unit every round.

Reaching high level is an achievement. Create multiple situations that are trivially solved by specific high level abilities. It's fun for the players to subvert expectations and turns into memorable situations. This is not as difficult as it seems, generally I'd throw in 2 extra dragons so the 15th level barbarian had something to do for 3 rounds. Accept the reality of high-level play.

Fatal dead ends
The feeling of risk should not be gone. High level mechanical play involves a lot of consistent results with occasional chaotic outliers. High level characters will generally save on a 2+, are almost untargetable or unhittable, are immune and resistant to multiple types of damage, and have many many resources to avoid danger. They will minimize any encounter that interacts with them mechanically because of their ability to address this.

So create and design encounters that side-step the mechanical systems. To wit:

"anyone in the room when the ceiling collapses dies under several tons of rock, no saving throw"

It is important that this is telegraphed of course. These aren't gotchas, but letting the players know that in spite of all their protections, they can still be crushed by Godzilla.

The important thing for design, is that these fatal encounters or parts of encounters again put something at stake for the players. Being high level usually allows them to avoid these consequences, so good adventure design for high-level characters includes situations where things are again at stake.

This is just part 1, part 2 will cover understanding the scope of high level play and examining what high level characters are capable of at higher levels of dungeons and dragons.


If you want to see these things in practice, check out Eyrie of the Dread Eye. It has only ever recieved 5 star reviews. It's one of the highest rated products ever released. One of the most critical reviewers called it one of the best adventures he's ever read. It contains in practice, each of the following above points. If you want to know what a good high level adventure looks like, well, for 5$, there's your answer.

The only reason this blog is still available and not dead while I work full-time as a writer illustrator, is because of the support it receives on patreon. Thank you to all my Patreons!