On a the Secret of Megadungeons 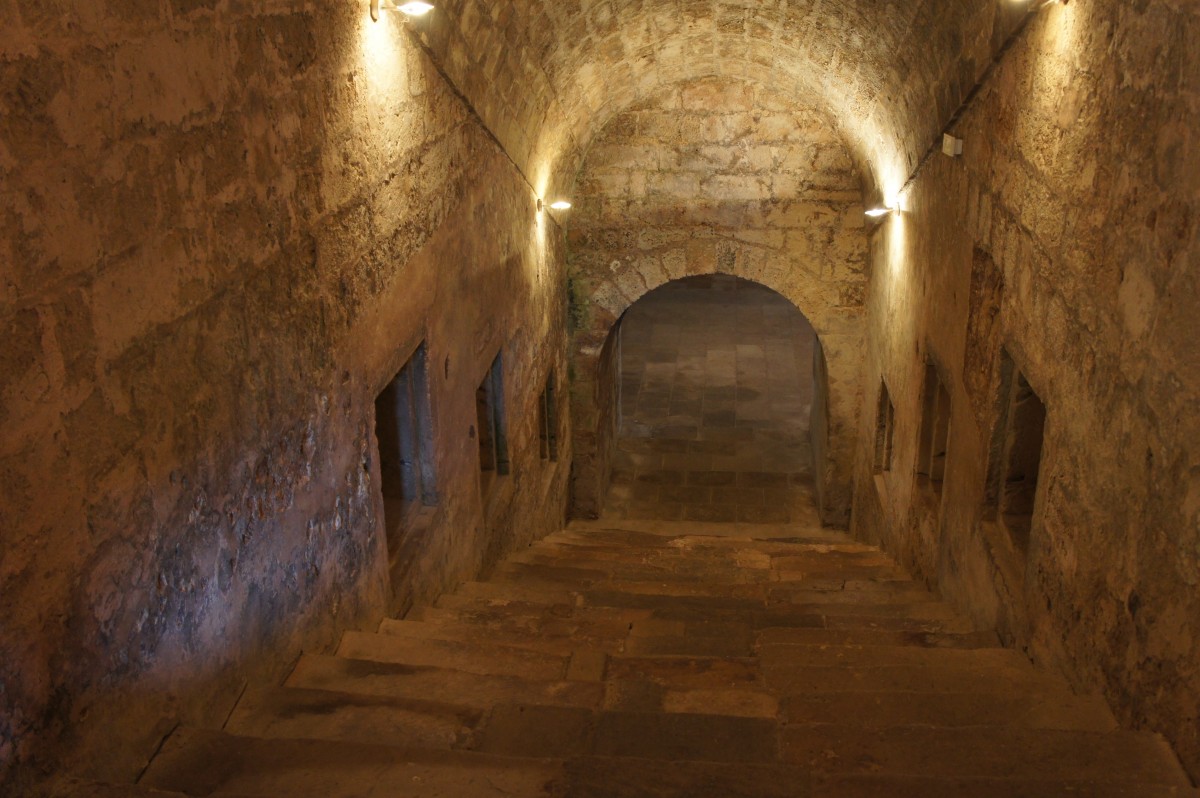 "But it's just Hack & Slash Gameplay!",
"You can't role-play in a dungeon.",
"It seems like a lot of boring, empty, rooms.",
"There's nothing exciting about a megadungeon."

Not a lot of people play or have played Megadungeons. Those that have, know people who deride megadungeons haven't played in a megadungeon campaign.

If you run a megadungeon campaign like an adventure path, then it immediately becomes a tedious slog of combat after combat. If you try to run it like a sandbox, the structure of the megadungeon itself works against you. Not only can you not see the other areas of the sandbox, most other actors within the dungeon have plans who's scope likely excludes the characters. Who cares what happens into the depths, when they are trapped in the mythic underworld? Megadungeons are not designed to facilitate player driven goals that are necessary for a sandbox to function.

Megadungeons are about The Mythic Journey


They have the player
(in the guise of his character)
Sit down at a table,
Race his peers and unknown threats
To retrieve the most valuable things,
from the darkest, secluded, places
and the denizens who live there
Who are not human
Who are not kind
Who do not care

There are elements of strong game structure in megadungeons, particularly revolving around encumbrance, time and light, movement and vision. These don't make any sense in Adventure Paths and are frequently less useful in sandbox games.

These are important because they provide weight to the idea of the Megadungeon as an inimical place. If you go 120' forward, You've caused a hazard die roll and resources available have decreased. Every step has a cost, and trying to get something—anything!— of value out this place is hard, because it pulls on you, weighing you down, refusing to leave.

It makes it mean something to the players. Territory explored is not only revealing the map; it's gained knowledge, that allows you to descend deeper in the depths of the mythic unknown. It is compiling this knowledge that empowers the player to engage in every more risky challenges in the depths.

Megadungeons are mostly empty, because they are a Stage.
And us, the players.

It must serve three functions. It must obstruct and confuse characters in a way that challenges the player, it must be mostly empty so it can hold the emergent drama between players and dungeon actors while exploring, and it must contain treasure at intervals to provoke a reward response in players.

What happens is that while the players explore, they quickly become aware of other groups of monsters or players that are moving through the same dungeon area as they are. Most are not immediately hostile, but everyone in the dungeon is an opportunist. Fights against equally powerful non-player character parties are often fatal, but after they've fought a manticore, it might be a different story. It's likely they think the same about you.  These relationships and rivalries persist from session to session.  It is a sea filled with pirates and sharks. And since the door only opens once each week, you're stuck dealing with who you run into this session, while you're trying to accomplish your goal, meaning things usually go one way. . . or the other.

Sometimes, there are dragons.

Have you ever been hunted as a mouse? If your character survives to tell the tale, it will be memorable. If they could slay such a beast? Unforgettable.

So, no. Not like a Sandbox or Adventure Path. Yes, more focused on some unusual rules. More like an emergent adventure that challenges the player themselves.
A fun game to play with a rotating group of friends. Friendly rivalry.
Sort of like a party game with dares.
You know—a Megadungeon!
Are you going to cast Fireball or Protection! Which one! Quick!


Megadungeon #1 is in print!
Get it here at rpg.now with a bundled .pdf for free!
http://www.rpgnow.com/product/227977/Megadungeon-1
Or pick up a slightly more affordable print copy from Lulu!
http://www.lulu.com/shop/courtney-campbell/megadungeon-1/paperback/product-23451184.html