On a Deep Carbon Observatory 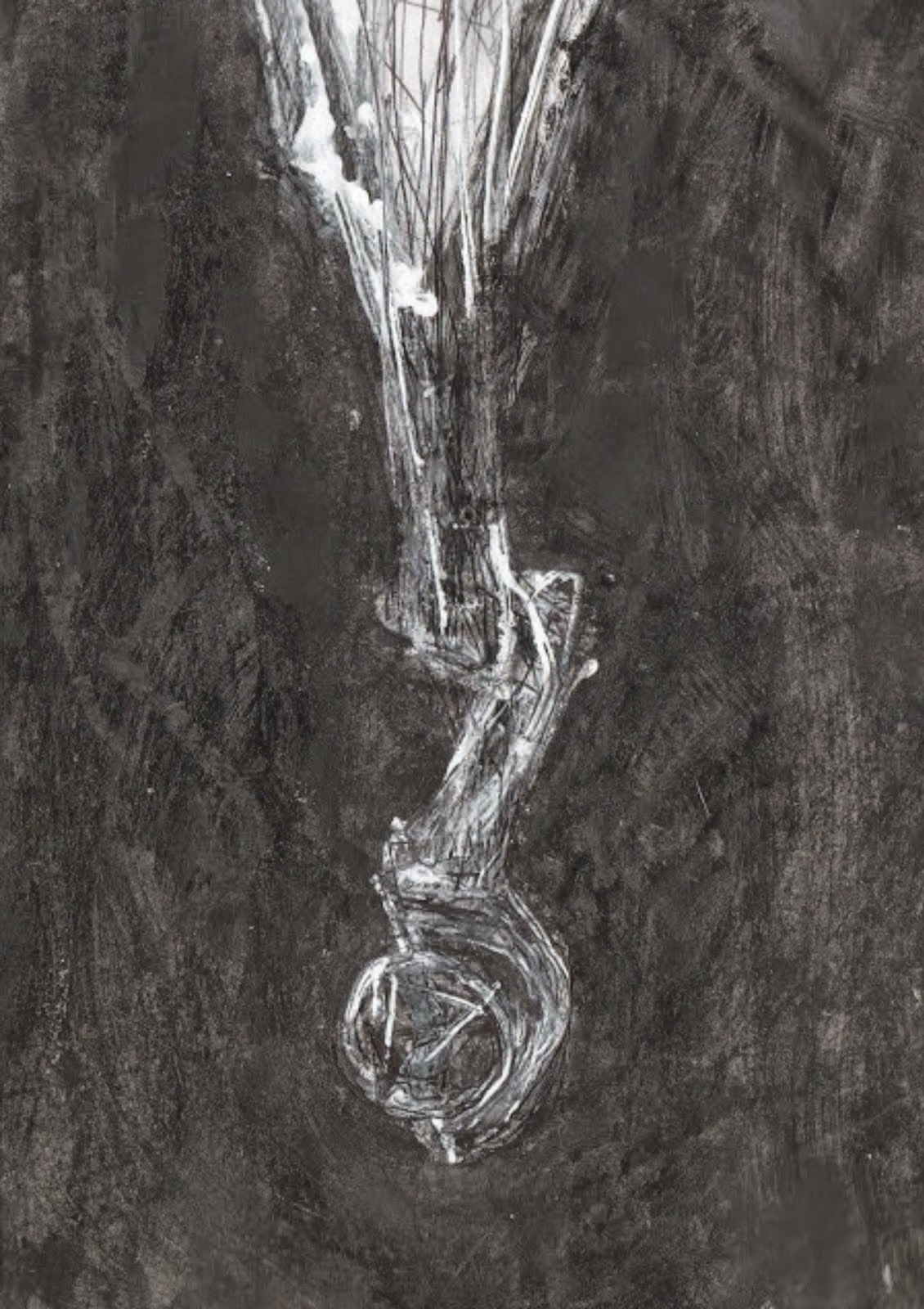 I guess this is the week where I read things and tell you about them. AM I DOING A GOOD JOB?

Well, up till now, probably. I think it's probably a terrible idea to read Deep Carbon Observatory and then go back to Phandelver. It's just not fair to Phandelver. It's not like they have anyone on team "Official Publisher" as brilliant as +Patrick Stuart.


A module about finding lost treasure.

You are immediately presented with three terrible situations as you enter town. You can possibly resolve one, while other people drown, commit suicide, or are eaten by cannibals. When you resolve your situation OR when d4 minutes pass, two or three more things begin to happen nearby of a similar nature. This continues six more times, each choice leaving more and more people to die.


A man struggles with a makeshift raft full of children and the old. Focused only on his task, ignoring all else. Callao will lose control of the craft and it will slip away -- Deep Carbon Observatory


An old man drags a drowned body. Curtis Ghyl, naked and starved, curses death as he takes his wife’s corpse out into the wilderness, saying he is ‘going home’. He will die soon.-- Deep Carbon Observatory


There are no lily white heroes here.

Each encounter is evocative and interesting, as well as genuinely a little sad.


However I have higher standards for DIY projects then official published material, and the key fore each of the encounters required a bit of flipping back and forth. There are some logistical issues. Lists are sometimes orphaned with their last entry on the next page. Some text has erratic leading/kerning/spacing. There are some DM facing information that is difficult for the players to access.

These complaints are petty.


5. Thaumo-Conductor: Barbed bolt with metre-long hair-thing copper wire attached. 1 hp damage on hit, 2d6 to pull out. Wire does not impede movement but grounds all offensive magic within ten metres in your flesh, regardless of who casts it. -- Deep Carbon Observatory

There are terrors and horrors on the journey met. But the true strangeness is gained once the observatory is reached. The characters are thrust into a super-science nightmare. Moths that obliterate space around a space allowing your perception to inhabit it. Salt nymph philosophers. Nightmares and mysteries in the dark. And wealth beyond their dreams if they can survive with their bodies and souls intact. . .

A special note about the art by Scrap Princess. It's wonderful. You look forward to the next illustration, never sure what you're going to see, and you find more in them each time you look.

I have seen it referred to as avant garde. That's irrelevant. I would run it with a bog standard Hackmaster party. Success has more to do with player skill than power and levels. The opportunity for wealth and the problems that come with it are vast.

The nearest I can figure is avant garde is code for everything in this module is interesting and novel.

What was the last module you bought where that was true?

It's 10$ and there's a print version coming soon.

Email ThisBlogThis!Share to TwitterShare to FacebookShare to Pinterest
Labels: blogs, Dungeons and Dragons