On the Top Ten Types of Magical Currency You know, after a certain point, money just doesn't cut it anymore. When you have access to limited wish, can summon outer realm creatures and have any enchantment you wish on your weapon, what exactly motivates you to adventure? When gems are just so much dross, platinum is too heavy to bother with or goes in limitless bag, and even a kingdom is more trouble than it's worth, what is worth having.

10.) Quintessence or Residuum: The collected essence of magic. The magic item is less useful then what you can do with the energy it contains! This is what you get when you break down already bound magic. Look at essences for raw magic, usable before it is shaped.

9.) Prestige or Fame: Better than the responsibility of a domain, this is a way to have the world provide what you need without having to carry anything at all.

8.) Fairy Dust: Because it's pretty difficult to get your hands on, and those that do usually snort it up before it can be used. Comes from the Xanax Fairy, the Ativan Fairy, and the Valium Fairy. 7.) Dragon Scales: Only useful if removed from the dragon first.

6.) Monster Essence: Alchemists draw these out of monsters, usually worth about 500 gold per hit die or more. Useful in the enchantment of new magical items, as well as consumeables.

5.) Raw Chaos or Pure Planar Essence: These are often condensed into physical form, planar pearls or astral diamonds. These can be traded at 10,000 gold to the pound.

4.) Concentration: Once you can survive in the outer planes, you discover what's really valuable there. Ideas can take physical form. They appear solid, but actually are liquid that flows so slowly as to be imperceptible. It trades at 50,000 gold a pound. 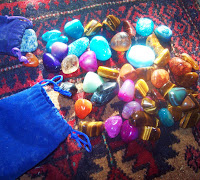 3.) Hope: In the realms even further from the prime material emotions may be found and hope is the rarest of all. It has plenty of mass, but actually removes weight from those that carry it. It sheds light and is worth upwards of 100,000 gold a gram.

2.) IOUN Stones: Though the value of each stone varies, they are rare enough that when collected, they fetch a much higher price.