The Epic Failure of Perception and Stealth, A Skill Deconstruction Post 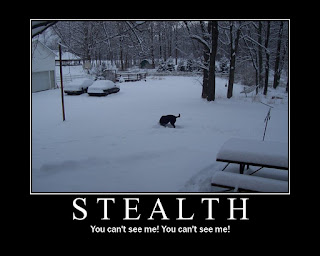 Again, I'm going to skip the usual format because of how much of a clusterf&*k these skills are. I'm also going to preface this with the fact that my experience with these skills is with 3.0 using listen and spot and stealth, and Pathfinder with perception and stealth.

These skills are so broad and complicated, I would like to separate out one important thing before focusing on their secondary function. Surprise has been a part of the game for a long long time and is a crucial mechanic. It and the randomized distance between the monsters and the players is one crucial factor in setting  up random encounters, and can change a few weak monsters into a deadly threat. Modern editions did much to neuter the critical game play widget, removing much of its former power. 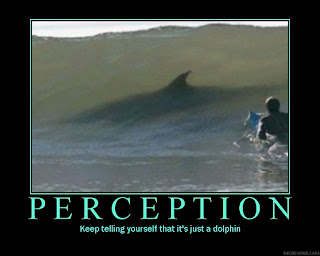 First lets deal with hiding. Any character in any edition can hide. Everyone has always been able to hide, under a bed, in a barrel, what have you. What thieves used to do is to be able to hide in shadows. This allows them to hide where someone can actually see them and then move to strike an unaware opponent with a back stab. Some of this was offloaded in modern editions on to sneak attack, turning the thief from a poor combatant who was an opportunist to a heavy burst damage dealing striker. A terrible change in my opinion - after all, isn't that what the grey mouser is known for; hitting for heavy damage? No? How about Cudgel? He always cut down his enemies by doing massive damage, right?

Ok, so the problem with stealth is this. There is no facing in pathfinder. And you must have cover or concealment in order to use stealth.

This effectively means you cannot sneak behind a guard unless there is a path of concealment; as soon as you step into a lit square you are being observed and can no longer use stealth. Their perception DC to notice you becomes 0. 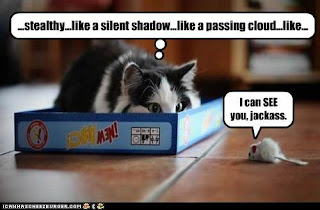 Now if you don't think this is accurate, you may be right - it's much more complicated then I have presented here. (That 157 post thread is one of the shorter and more useful ones. Don't go looking for the thief trying to sneak past the chicken).

Some players may have a problem with the lack of facing. Well buddy, you better not be playing Pathfinder, because them's the rules and that's the way it works. Pathfinder has rules, and those rules contain no information about facing anywhere.If you want to play with facing rules, AD&D is a pretty brilliant game.

This isn't even the worst thing about Perception.

Ok, let's assume you rule 0 stealth, or just accept the way it works and find some way to create concealment everywhere or whatever. Then there is the other thing perception does. This is objectively a terrible thing. Why is enumerated in the following points.

First, It's a skill tax skill. Someone is always required to keep this maxed. This usually goes to the rogue or the character with the most free skill slots, but it is so important to avoiding surprise, finding treasure and insuring that you are not killed by a trap that it cannot be ignored. Sometimes multiple characters max it out.

Secondly it is terribly time consuming and difficult to manage at the table. You have to ask for perception rolls when there is nothing to find in order to obfuscate if there is something there. I've seen some solutions for this, such as taking the passive values, or rolling for perception behind the screen. This simply offloads the problem, into the party sitting and staring at the DM until  he figures out which of them see which things. 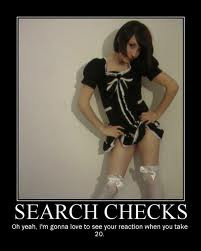 Third, I ran several games with perception skills and observation skills for years, and upon reflection and analysis of when I called for a roll, it was when I wanted them to have a piece of information. I realized that I wanted them to know it because it was either interesting or enhanced their experience of play in some way.  I never asked for a roll to find hidden information.

Hidden information universally has some way of taking an action in character in order to uncover it. The chance to just discover it because of a random roll literally removes the player skill necessary to discover the hidden information. Rolls that remove game play are bad design. After all, if they can just get it when they roll, then I've taken away their current choice and play and offloaded it on some decisions made when leveling the character.

Since I'm setting all the DC's anyway, what is gained from having a 80% chance of finding something versus finding it for sure. Something might be gained, but I can't imagine what it is (remember, someone is maxing this skill, unless any pathfinder/3.x players want to volunteer an example of someone in a group where no one maxed this skill). If you are using their take 10 perception values then you are just deciding what they are aware of anyway.

Fourth, it is the single worst offending skill at removing player skill and bypassing game play. I've read several arguments that indicate that this would require players to make decisions about what to look at and search and since there is tactical infinity (and baskets and boxes and hallways and junk) they wouldn't be able to search everything.

The unspoken assumption is that player characters shouldn't need any personal skill in order to avoid missing something. I don't agree with that entitled assumption.

Fifth, the roll can be used against the players. When it is written that a lockbox has a secret bottom that requires a DC 25 search check to find, and then I tell the DM that I pick up the lock box and search the bottom for a secret compartment by tapping it and looking for a way to open it, he is completely within his rights to tell me that I can't roll high enough to find it! In fact, if he doesn't, then he's screwing the player who did put the points into perception, because I'm getting the benefit of having the skill without spending the points!

Lastly and most damming, the process of 'we search the x', 'roll search', 'you don't find anything' is one of the most mind-numbingly boring things one can attempt to do with friends! 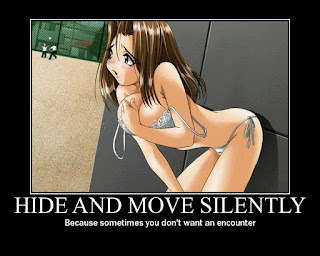 What's the fix?
Well, for the last year and a half, I've been running with no perception skill at all. A large portion of that time I ran Labyrinth Lord and never felt the loss of any skill check at all.

It was some of the best dungeoneering I've ever done. It was more fun then I could have remembered having, and I found that the players remained engaged in spite of themselves at times. How did I address the lack of rolls?

First, rooms were designed as encounters as described in my Empty Rooms, Tricks, and Trap Design Document. Every room was either empty, contained a monster, a trick, a trap, or treasure or some combination of the above.

If so, traps were designed to not be bad traps there was always some sign of their effects. Secondly secret doors were no longer designed in the abstract. Each door had a mechanism that physically existed in the room that the players could activate. The same with traps and locks, using mini-games to simulate their opening and disarming.

Then I filled all the rooms, with the stuff that goes in rooms. 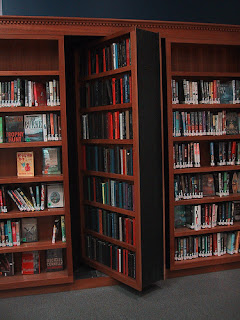 Suddenly there was no more dice rolling or looking at the sheet, just selections of choices - that looks dangerous should we touch it? Why is this statue in the alcove facing the wall? Is there anything in that chest? How much do we think this tapestry is worth?

And when the game became a collection of interesting choices, rather than just rolling dice for pass/fail results often when there was no 'pass' to be found, everyone started having a lot more fun.

Interestingly enough, the common vehement complaint of limited time versus tactical infinity is nicely handled by the fact that they are in a literal dungeon which provides a unique environment for limiting that infinity. Often there were areas where they could exhaustively search, at the cost of wandering monster checks of course.

But the feeling of lowering the visor on the statue and describing the slow rumble as a secret door opened into a room filled with treasure was infinitely more satisfying for them and for me than the other option of them simply stating they search for secret doors and telling them they found one, no matter how flowery the description that accompanies the roll.

If you're interested in more thoughts on the subject, I've talked a little bit about this before.