On Time Structure and the Schedule Style in Adventure Design 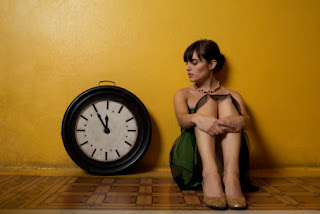 The third structure of adventure design is time.


It is a linear description of changes or events that occur at specified temporal intervals both independent of and dependent on player activity.

Geeze, no way to spice up those definitions is there?


Because just like with monsters, dungeons, and wildernesses; temporal events are another important factor in the adventures of the characters - not just for book keeping, but for dynamism!

Schedules, boring as they are, are the largest key factor in making the players feel as if they have an effect on the world.

Gygax has this to say:


Game time is of the utmost importance. . . One of the things stressed in the original game of D&D was the importance of recording game time with respect to each and every player character in a campaign. In AD&D it is emphasized even more: YOU CAN NOT HAVE A MEANINGFUL CAMPAIGN IF STRICT TIME RECORDS ARE NOT KEPT. -Gary Gygax 1st edition Dungeon Masters Guide

Those caps are his, from the original text. Time Structure is similar to our usage in Line Structure; it can work like a simple flowchart with different options.*

The classic example of Time Structure is the Wandering Monster encounter table:

Every so many turns (10 rounds) the Dungeon Master makes a periodic check to determine if a wandering monster has appeared. These types of encounters are much maligned (wrongly) in modern systems. What purpose do they serve?

Before my own discussion, I direct you to the  posts over on The Alexandrian where he is discussing wandering/random encounters in the context of a mega-dungeon.

First, and most importantly, they indicate to the players that the world is not just sitting around, waiting for them to interact with it. This is the key factor in the Time Structure! 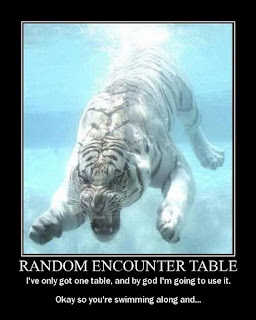 It insures that the players actually have to pay a resource cost in their back and forth travel to their location. This explicitly keeps the balance in power between the classes. It turns the decision 'do we pack up and leave, or check out one more room' into one of real weight.

The encounters are random because the results are not known ahead of time not because the encounter has no meaning. It is the job of the DM to provide a valid reason for encountering the monster. These are actual creatures in the area that the players are encountering. There are several ways to create this dynamism.

First, you may have entries in the wandering monster table be actual keyed encounters that move. This is done to good effect in U3: The Final Enemy. If the monster is encountered randomly, be sure to remove the keyed encounter. And in the spirit of "anything the player doesn't see or experience doesn't actually happen" it's a good idea to tie these encounters in some way to the environment or local where they normally reside. 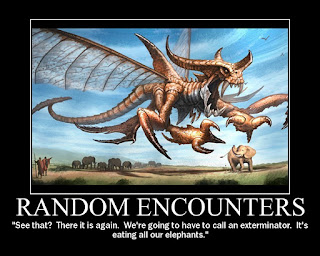 Third, you can limit the number of times an encounter may be had to represent the limited number of creatures in an area. I made a mistake in the last game I ran because I set these limited numbers of creatures too high with too many different kinds of creatures for the players to notice a difference. If they had spent a much longer time out in the wilderness it would have been apparent.

So what other types of Time Structures are there? This is a large part of what Gygax was talking about when he said it was important to keep track of time. The value of this time structure of "creating magic items" and "training for your next level" is more than just the verisimilitude of the fantasy setting and a technique to keep power levels in check. It is not just about making sure the wizard is out of the game for six months while he does spell research or creates a wand.

It removes the players from the game environment allowing the Dungeon Master to make changes within that environment that feel realistic. This gives the players the feeling that the world does not revolve around them. If they go back to town and instantly level, then when they return to the dungeon 12 hours later, it's silly for the various tribes to have already called in reinforcements.

Uh, yeah. So at it's most basic the Schedule Style can be an actual Schedule. This is interesting for several reasons. One, the Dungeon Master can get away with actually not ever preparing these. It's 9 PM at night - the blacksmith is at his home, not his forge.

Second, it is this tool that allows some of our more complex examples of multiple styles existing together to work. Later, when we are looking at the integration, without this tool we  This gives us the tool we need, in a simple form (known as . . . the list!) that allows us to inject an element of dynamism into our scenarios.

Can Time Structure be used in a traditional sandbox environment or Megadungeon?

Absolutely! The examples above (particularly the random/wandering monster encounter table are key for that interaction).


What are the advantages and disadvantages of the Time Structure?

The foremost advantage is that fact that it helps to create a living breathing world for the player characters. It combats several vicious problems such as spellcasters being overpowered when they nova, the players feeling like the world is on pause until they arrive, and boredom.

The largest disadvantage is that it is necessary to accurately track time to make use of many of its functions. This can be particularly difficult because the GM has more than a few different responsibility during the game. I recommend a sheet filled with 0's. I've provided a simple time tracking sheet for rounds and turns here.

Time Structure Cons: Can be difficult to keep up with in play, for more complex uses requires a lot more set up then is ever used

What about our final structure? What could possibly be used as a style of game that we haven't already covered? We'll take a look at that next time when we dissect Power Structure or "Node Style"

* In general we are still limited to a linear form, because time moves in only one direction. If you were to run a time travel campaign, then you could actually use one of the other structures for the linear aspect of time structure, but that's an edge case.